When the Stardust Casino made its debut on July 2, 1958, it held the title of both the world's largest hotel and world's largest electric sign. In true Vegas fashion, it was all the glitz that put the Stardust on the map. While the property's original accommodations were more like a no-frills motel, its brilliant planetary facade transformed them into a Vegas destination.

Luring gamblers from across the country, Stardust teased upon the fantastical possibilities of the space age. The Stardust's flashing lights and glowing neon were enticing depictions of fantasy waiting to be fulfilled. Morris Travers, the co-discoverer of neon gas, aptly described the element's allure: "the blaze of crimson light from the tube told its own story and was a sight to dwell upon and never forget" - exactly what casino owner Moe Dalitz envisioned for his adult playground.

Neon signs first made their debut in 1910 at the Paris Motor Show, and it was not long before its gaseous glow crossed the Atlantic Ocean to downtown America, where the new medium was quickly adopted by shopkeepers seeking ways to entice customers. Businesses like bars, drug stores, and diners all put the new technology to good use.

As the New Deal American highway system paved its way across the country, travelers took to the road en masse. Motor hotels, or "motels', sprouted up at every exit, many of which used neon tubing to liven up their signs, boldly declaring VACANCY!!! And in the little desert town of Las Vegas, the flash and glamour of neon was taken to its extreme. Motorists might have gotten their "kicks on Route 66," but the neon lights of Vegas promised to fulfill their every fantasy. Never shy about what it had to offer, the state's 1940's advertising slogan proclaimed: "If you can't do it at home, come to Nevada!" And they did, by the millions.

By the '50s the Golden Gate, El Cortez, the Mint, and the Golden Nugget had established themselves as profitable and mature gambling houses. Over 8 million people were visiting Las Vegas every year, resulting in over $200 million being spent at casinos. Then came Tony Cornero, a former tequila bootlegger who operated floating casinos off California in the 1940s, who saw an opportunity to appeal to not just the high rollers but the growing post-war middle class.

Unfortunately, Cornero didn't live to see his casino resort open. He had a heart attack and died while playing craps in 1955. The Stardust opened three years later under the control of Moe Dalitz, and it featured a 16,500-square-foot casino and 105-foot-long swimming pool.

From the beginning, the Stardust exceeded every guest's expectations, and with starting rates of just $6.00 per day per couple, – it was an affordable destination for middle-class America. Throughout its remarkable and storied history, it offered a dazzling variety of amenities, including a racetrack, a championship golf course, and rodeo grounds. At times the Stardust was home to a drive-in movie theatre, an RV park, a bus depot, and a gambling museum. Another feather in Stardust’s cap were its troupe of showgirls. Imported from Paris via a chartered plane, Le Lido de Paris became the one of the must-see attractions of the Las Vegas Strip. 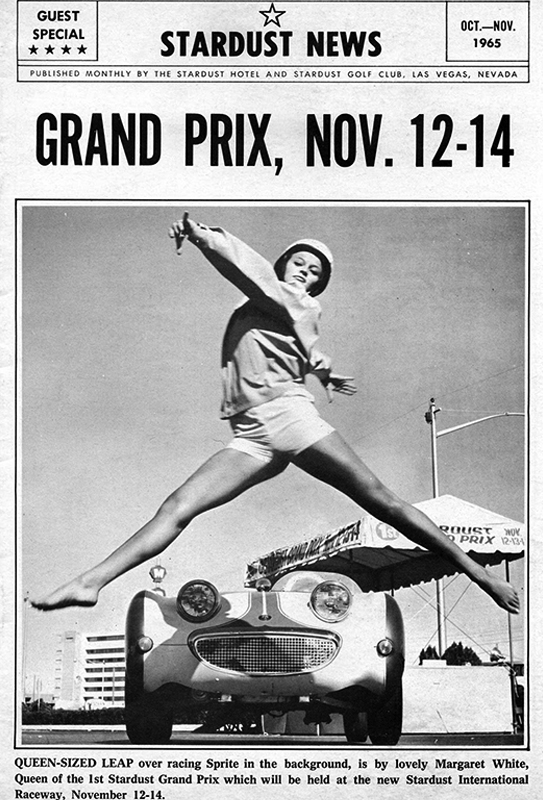 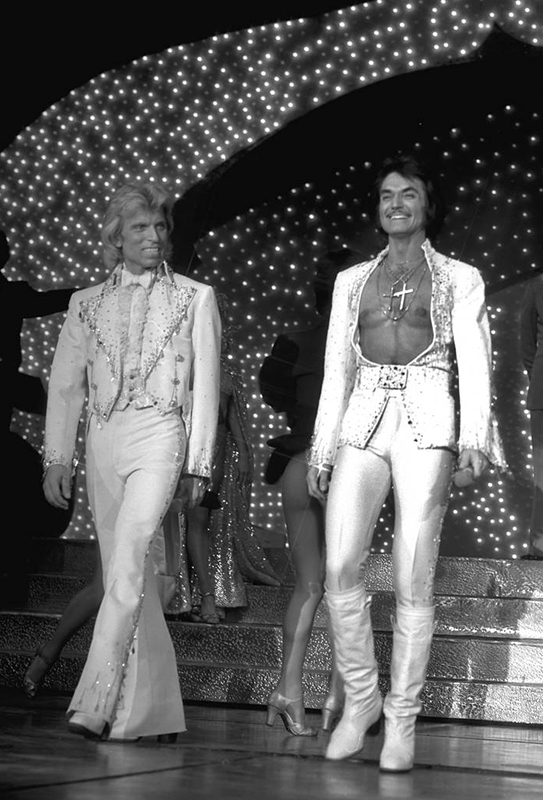 In its heyday, Ed Sullivan came to Stardust to broadcast his famous CBS variety show. The greatest boxer of all time, Muhammad Ali, trained at the Stardust for his heavyweight bout with Floyd Patterson. Siegfried & Roy got their start as headliners at the Stardust in the late 1960s with the help of then General Manager Frank Rosenthal, who gave the magicians his wife Geraldine Rosenthal's unwanted Rolls Royce.

In the early days of its operation, the Stardust was notorious for its connections to organized crime, becoming the basis for Nicholas Pileggi's book “Casino” and Martin Scorsese's 1995 movie of the same name. After years of skimming profits, the mob was finally ousted from the Stardust in 1983, when the Nevada Gaming Control Board seized control of the property. At the personal request of Nevada Gaming Control Board Chair Patti Becker, Boyd Gaming oversaw the Stardust’s operations on behalf of the state of Nevada for 18 months before acquiring the property outright in 1985.

All told, the Stardust represents one of the brightest spots in Las Vegas’ history. Visitors to the Strip were captivated by the block-long neon galaxy of planets and stars that framed the entrance and created an irresistible invitation to see what was inside.

The original sign was immense and announced the Stardust not once, but twice! Its opening years were the height of the cold war and tourists often gathered outside the casino to watch atomic blasts at the nearby Nevada Test Site. Appropriately so, the font chosen by designer Kermit Wayne for the sign’s letters became known as "Electra Jag" or, more famously, "Atomic."

Fabricated by Young Electric Sign Company, the original sign was 216 feet long and 37 feet high. More than 7,000 feet of neon tubing and 11,000 incandescent lamps made the it visible from a distance of more than three miles. With a highly stylized projection of the planets in colorful, flashing neon and jeweled globes, it was one of the most photographed items in Las Vegas. The original included a dimensional 16-foot globe in the center of the sign with a restless "sputnik" in constant motion around it. Not one to let Nevada’s desert dust accumulate under its feet, the Stardust kept up with modernization trends and in 1965 erected a $500,000, 188-foot-tall roadside sign. Designed by AD-ART’s Paul Miller, it featured a two-story logo based on Wayne’s original. It was set against a magenta field, covered with blue-and-purple four-pointed stars that twinkled in an animated sequence of incandescent lamps and neon.

In 1991, the proprietary atomic-age letters were replaced by a subdued Helvetica typeface, a better fit for the recently modernized property. After extensive remodeling in the 1990s, the Stardust greeted the new millennium in 1999 with the biggest entertainment deal in Las Vegas history, signing the legendary Wayne Newton to a $25 million residency.

After nearly 50 years of success, the Las Vegas Strip evolved away from the Stardust. The middle-market, value-oriented properties of the previous era were gradually replaced by luxurious, multi-billion-dollar resort developments. While the Stardust had once been one of the glamour properties of the Strip, it could no longer compete with the new generation of luxury megaresorts.

The Stardust's final day came on November 1, 2006. After Hawaiian tourist Jimmy Kumihiro made the last throw of the dice and the slot machines were shut down, Bobbie Howard Band led customers out of the Stardust at noon. In celebratory fashion, customers joined a long conga line out through the Stardust’s doors to the tune "When the Saints Go Marching In."

On Tuesday, March 13, 2007 at 2:33 am, the Stardust was imploded in a grand ceremony which included fireworks marking the 10-second countdown before the East and West Towers tumbled. Pushing the plunger that set off 428 pounds of explosives were Bill Boyd’s grandchildren William Boyd, Sean Johnson, Josef Boyd, and Taylor Boyd. Though its intended replacement property never materialized, the Stardust remains a fond and vibrant memory for Las Vegas residents and tourists alike.

Thanks to the work of the historic preservation group The Neon Museum, both the original Stardust façade sign and the pylon were both saved. They can be viewed at the downtown Las Vegas museum today, along with over 200 retired Vegas neon masterpieces.

In 2020, the Stardust will once again shine brightly with the release of Boyd Gaming’s Stardust Social Casino. True to the brand’s futuristic fashion, this new Stardust is a virtual free-to-play casino.

Download the Stardust Social Casino app today and experience the glitz, glamour and excitement that made the Stardust one of the most beloved brands in Las Vegas history.